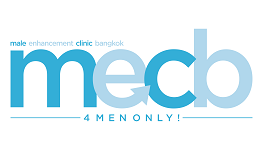 Dr Richard Diacakis, with over 20-year experience as a plastic surgeon in Paris France, has joined a team of professionals to start a clinic 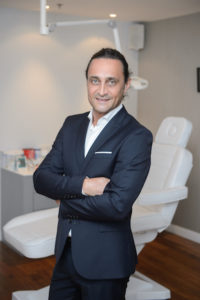 especially for Men in Bangkok Thailand.

Dr Richard Diacakis, He Clinic for Men’s founder, earned successive degrees in microsurgery, anatomy, general surgery, plastic, reconstructive and aesthetic surgeries from 1997 through 2000. He worked as clinic-assistant chief of Paris hospitals before joining the famed clinic of Champs Elysées in Paris where he perfected his techniques over the next decade. He is committed to what he calls “surgery of well-being”, which has culminated in his newest total lifestyle clinic in Bangkok, the He Clinic for Him.

Aesthetic surgery was the dream of Dr Richard Diacakis. At the age of 12, he wanted to study medicine in order to treat and help people. He attended medical school in 1986 and received his degree of MD in 1994. He travelled as a  very young boy with his parents, attracted by tropical countries, he crossed through Asia, Africa and South America while studying. He fell in love with Thailand and Bali in 1985. Through the following years, he mastered his craft as head of Chirurgie Esthétique on the clinic of Champs Elysées. He is now one of the most sought after Plastic Surgeons in Europe and we are proud to announce his affiliation with the HE Clinic.

In September of 2016, Dr Diacakis began the groundbreaking work on The HE clinic. Through 6 months of strategic planning, many meetings and meticulous construction his dream became a reality. Bangkok now has the premier men’s Clinic in which men can now receive treatments according to their individual needs or wants.

Because at the HE Clinic we wanted to create the one place men can go to get the personalized attention they deserve more services will be added soon.

The He Clinic’s philosophy is “your satisfaction is our goal”. We work directly with leading authorities at our new, modern clinic in Bangkok and provide a discreet location where you can feel comfortable for a full makeover of mind and body. Our mission is to help you, as a successful man, be the best you can be.”

For more information about Dr Richard Diacakis please visit the website of his clinic in Paris France here.